There’s never been more energy-efficient ways to light your home or business, but it can be difficult to keep up as the technology continues improving and older products are phased out.

With that in mind, we’ve created a guide comparing the most commonly used bulbs. Let’s start with a brief overview of the three main options:

Incandescents are the most recognizable and most prevalent light bulbs, and are the type you probably had in your home growing up. They’re called “incandescent” because they use a filament, usually made of tungsten, that is heated by electricity until it becomes incandescent (glowing). That’s why these bulbs get hot to the touch and should not be handled or placed near flammable items until they’ve had time to cool.

Compared to other bulbs, incandescents are inefficient and easy to break. As a result, governments around the world have been phasing them out, and many manufacturers have already stopped producing them, making them difficult to come by much earlier than their mandated phase-out dates:

In spite of its inefficiencies, this bulb is much beloved by those who are finding it difficult to part with the classic shape, colour and glow of the original light bulb. The good news is that incandescent bulbs have not yet been outright banned, and they are still available to purchase while supplies last. So, if your heart is set on incandescent, now’s the time to stock up.

Most incandescent bulbs you find now will be specialty bulbs, such as candle and other decorative bulbs, or rough service bulbs designed to withstand use in appliances. This is because these bulbs have not yet been adequately replaced by newer technologies.

Shop our full selection of incandescents.

Halogen bulbs are a type of incandescent bulb. They work the same way as standard incandescents, but use less energy and last longer because they contain halogen gas, which helps extend the life of the tungsten filament. Learn more in our guide to buying halogen bulbs.

Instead of relying on a filament, these bulbs operate like fluorescent tubes: two ballasts on either end conduct an electric current through the tubes, which are filled with gas and lined with a phosphor coating. The current reacts with the gas and produces ultraviolet light, which becomes visible light as it passes through the phosphor coating.

In spite of their improved efficiency and lower operating costs, CFLs didn’t hit the ground running. Slow warm-up times and cool colour temperatures made the adoption of this type of bulb slow and sporadic, but they have greatly improved over the years and are now available in warmer colours, dimmable options, and with faster warm-up times.

CFLs are more durable, longer lasting and more energy-efficient than incandescent and halogens, making them a viable alternative for replacing your bulbs without breaking the bank. However, there are some drawbacks to keep in mind: 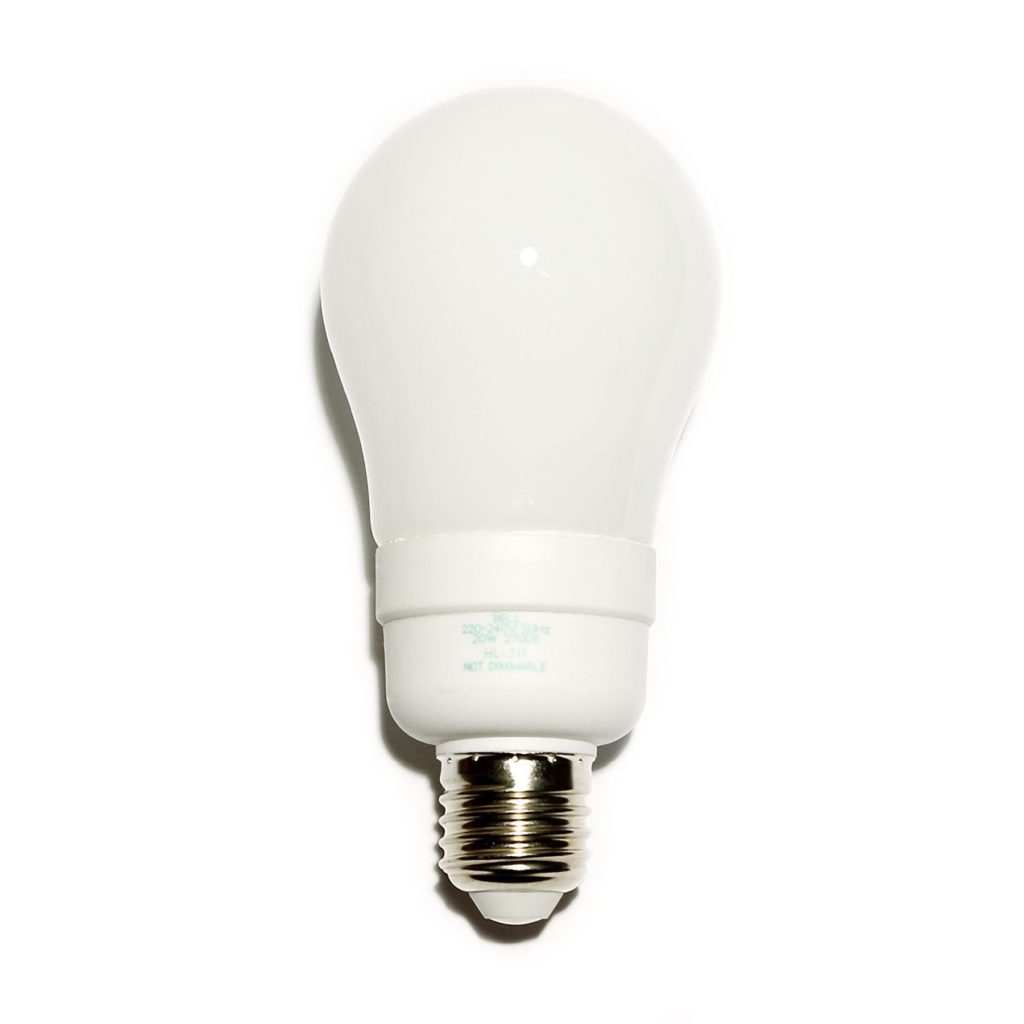 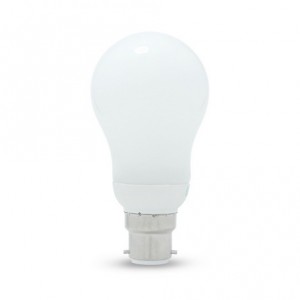 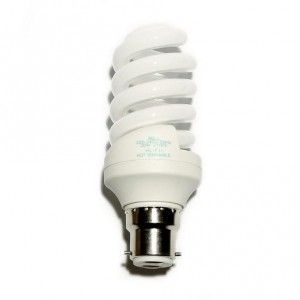 An LED is a type of diode that emits photons as light instead of heat.

LEDs have been in the works for a long time – since the early 1900s! It took over a hundred years and a number of inventors, engineers and innovators for a commercially viable LED bulb to hit the shelves. The first LEDs were green, but in the mid-90s, high-brightness blue LEDs were introduced. This resulted in the invention of white LEDs suitable for use in light bulbs, which first became available commercially in 2002.

Now that the technology is better understood, LEDs are quickly overtaking their predecessors in terms of popularity. They were met with hesitance at first because of their cool colours and unusual shape, but LEDs have since become a superior technology and now boast a number of benefits you won’t find in other bulbs.

Extremely efficient, long-lasting, and capable of replicating a number of colours and colour temperatures, LEDs are an environmentally-friendly option that should be at the top of your list when looking for light bulbs.

To learn more about LEDs and how they work, check out our guide. 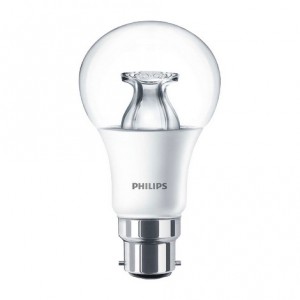 Need something specific? Browse our full selection of LED bulbs.

Which Bulb is Better?

You may already have a clear winner in mind, but to make it easy for you to directly compare these light bulbs, we’ve created a table that looks at several key factors, including:

While personal preference accounts for a lot and can have a major impact on what bulb you ultimately select, LEDs are unquestionably the best choice you can make. They offer the most benefits and features – as well as the fewest drawbacks – of any light bulb.

END_OF_DOCUMENT_TOKEN_TO_BE_REPLACED

How To Get Started with Smart Lighting

Whether you were gifted a smart lighting setup over the holidays OR you are gifting it to yourself as part of your 2020 resolution to s...

END_OF_DOCUMENT_TOKEN_TO_BE_REPLACED

How Do LED Filament Bulbs Work?

LED filament light bulbs, which are built to look like traditional carbon filament or Edison light bulbs, have captured the attention o...

END_OF_DOCUMENT_TOKEN_TO_BE_REPLACED

Whether you’re opening an office or store in an already-built space, are renovating an existing space to suit your new

END_OF_DOCUMENT_TOKEN_TO_BE_REPLACED

Is it Time for My Business to Upgrade to LED Lights?

When it comes to embracing new technology, businesses owners often feel hesitant to take the plunge and upgrade. Sometimes, there

END_OF_DOCUMENT_TOKEN_TO_BE_REPLACED

Are LED Lights Safe? Debunking the “Dangers” of LED Lights

LEDs have been on the forefront of lighting technology for some time now. As with all hot new products, there is bound to be some quest...

END_OF_DOCUMENT_TOKEN_TO_BE_REPLACED

Why Should My Business Make the Switch to LEDs?

LED lighting has been in the news and at the forefront of the lighting industry for some time now. You’ve

END_OF_DOCUMENT_TOKEN_TO_BE_REPLACED

How to Reduce Commercial Energy Consumption with Efficient Lighting

Operating a business is expensive, especially overhead expenses like rent, repairs, and utilities. Thankfully, there are ways to cut back.

END_OF_DOCUMENT_TOKEN_TO_BE_REPLACED

LEDs offer several advantages over traditional light bulbs, building on the best parts of their predecessors while leaving their inefficiencies

END_OF_DOCUMENT_TOKEN_TO_BE_REPLACED

If you’re hesitant to make the switch to energy-efficient LEDs, you’re not alone. Thanks to advances in LED technology, you